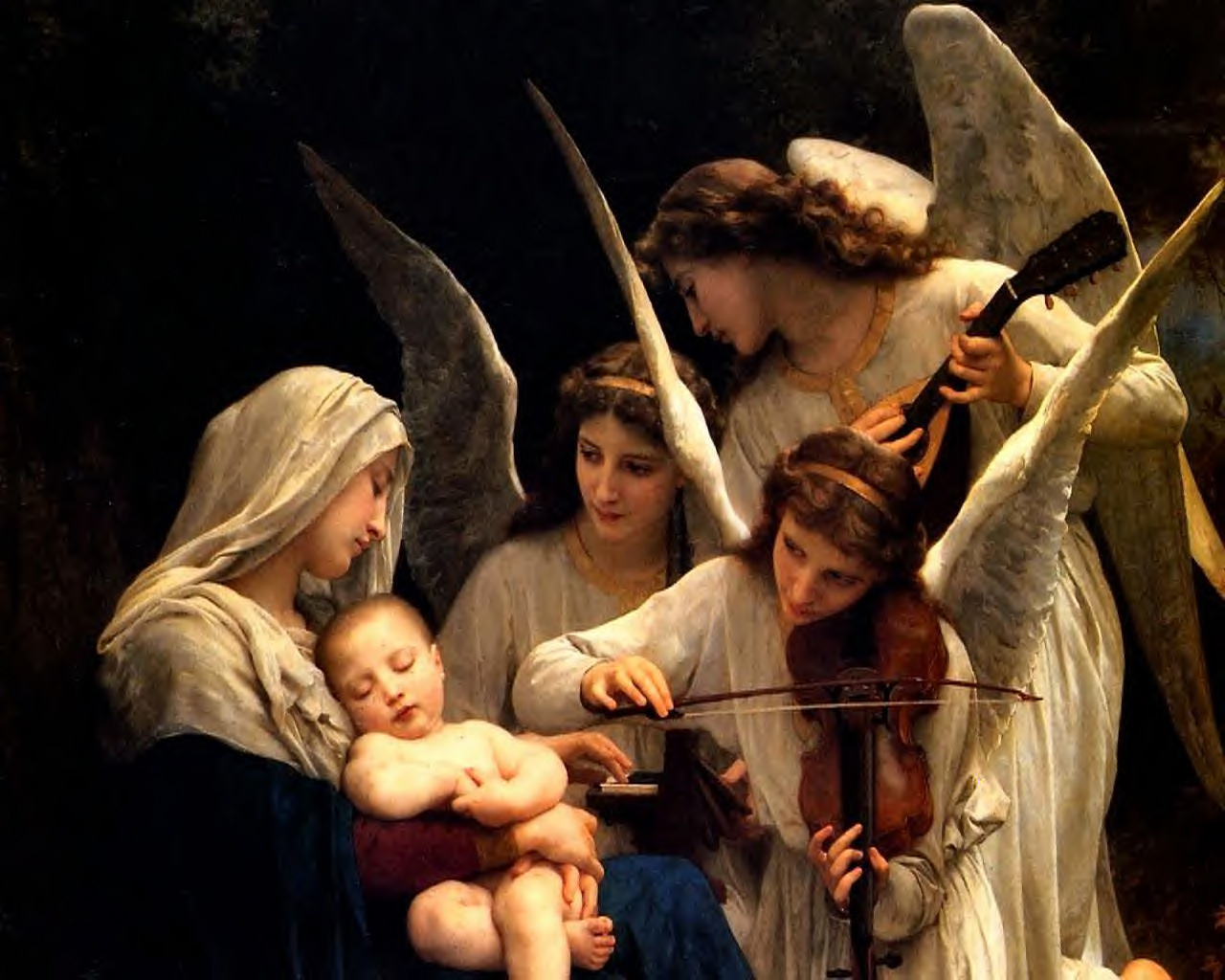 A child is born. Amid the hustle and bustle of the season, what plans have you made?

A carpenter named Joseph had made plans. But when it was discovered that the young woman he was betrothed to was carrying a child, the plans he had made for his life were seriously upended. When an angel comes to him in a dream and tells him the truth about the divine child that Mary was carrying, Joseph instantly – and without concern for his own plans – obediently takes her as his wife, and to Bethlehem for the Roman census.

Joseph had searched in vain to find a place where he, to whom heaven and earth belonged, might be born. But an uncaring world had no room for him that night at the inn. The creator could not find a home in his own creation.

And so, a virgin – swollen with child simply because she had said “thy will be done” – was helped gently off the back of a common beast of burden and laid on a bed of straw.

The world might have expected that the son of almighty God, creator of heaven and earth, would be born in a place of high regal honor. But the son of God entered the world he created in the lowest of places, rejected by the very people he came to save. A stable would be the last place in the world where one would have looked for the Christ. Divinity is always where one least expects to find it.

And in this cold forgotten place, the most extraordinary event in human history took place. The maker of Mary was made by Mary. The creator consented to come into his creation because she consented to have him. The God of the universe made himself a helpless human to help helpless humans like us.

For the first time in history, heaven was not a place “up there”. With the child in her arms, Mary now looked down upon heaven. There in her arms, almighty omnipotence lay helpless – salvation itself wrapped in swaddling clothes lay in an animal feeding trough. Just as animals go to the manger for their food to provide for their physical health, so too do we approach the manger to behold Jesus – our food, the bread of our lives, the one who feeds our souls.

In the dirtiest place in the world – a stable – purity itself was born. The son of God was made to enter his own world through the back door. He, who later was to be slaughtered by men acting as beasts, was born among beasts. He who makes the sun warm the earth now needed an ox and a donkey to warm him with their breath.

And so, we see that the stable and the cross stand at the two ends of Christ’s life. Disowned and relegated to a dirty stable upon entering, he was rejected and crucified upon leaving. An ox and a donkey surrounded him in his crib; two thieves surrounded him on his cross. He was laid in a stranger’s stable at the beginning, and a stranger’s grave at the end. He accepted the manger because we had no room for him at the inn; he accepted the cross because we had no room for him in our hearts.

What are your plans? Will you come to the stable to see salvation itself born into our dark and fallen world?

Will you come to the stable to see the newborn child who blesses each of our lives in our earthly journeys?

Will you come to the stable to receive your gift – the gift of an opportunity to spend an eternity of joy with God in his heavenly kingdom – if, if you would but surrender yourself completely to him?

If you plan on going, then you will see me. I will be the one in the corner on my knees, thanking, and surrendering myself to the babe of Bethlehem – our savior who loves us more than we can ever know.

Eucharist Source and Summit of the Christian Life

May we, like our patron, St. Brendan, trust joyfully in the guidance of our God and in the goodness of our fellow travelers.